“Harry Potter and The Goblet of Fire” ~ J.K Rowling is another mysterious journey of the boy wizard! That shows not only his heroism but also Harry’s most vulnerable side. A story that will leave you satisfied but wanting more at the same time.

The 4th book in the Harry Potter series doesn’t start like every other Harry Potter Books! In the first couple of books, he escapes the Dursley’s household one way or the other and goes to Hogwarts for another year. No, it starts by the Weasley’s picking Harry up at the Dursley’s and heading to the Quitch World Cup. It is the events that occur at the Quitch World Cup that kicks off the theme for the rest of the book.

He-who-shall-not-be-named supporters start to take over the muggle owners of the Quitch venue, and the Dark Mark appears in the sky. The beginning signs that Lord 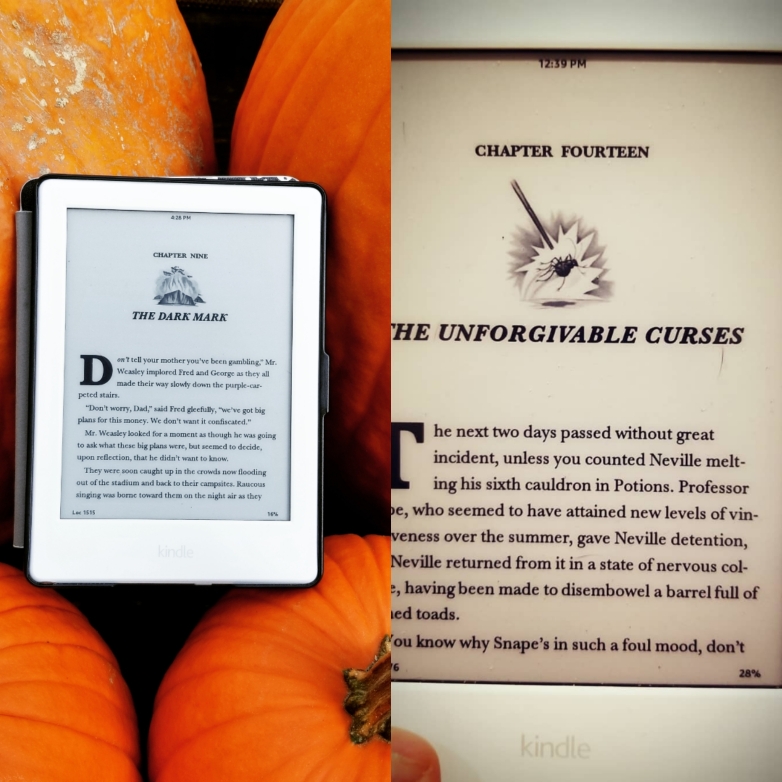 Voldemort is slowly regaining power. What will this scary moment mean for the only Voldemort survivor Harry Potter?

Another significant event that occurs throughout the book is the Triwizard Tournament. A tournament where other wizards’ schools come together at Hogwarts and kids volunteer to participate is a series of quests. That will ultimately end with a Triwizard Champion.

What will occur when Harry’s (who is underage) name pops out of the goblet and is now forced to enter this dangerous tournament? Who put his name into the goblet in the first place? Will Harry overcome his procrastination and figure out how to get through the competition? Also, what does the burning he is famous lightning-bolt shaped scar all mean?

This story is another fantastic novel written by J.K Rowling and an intriguing continuous on the journey of the boy wizard!

View all posts by hadleybooks